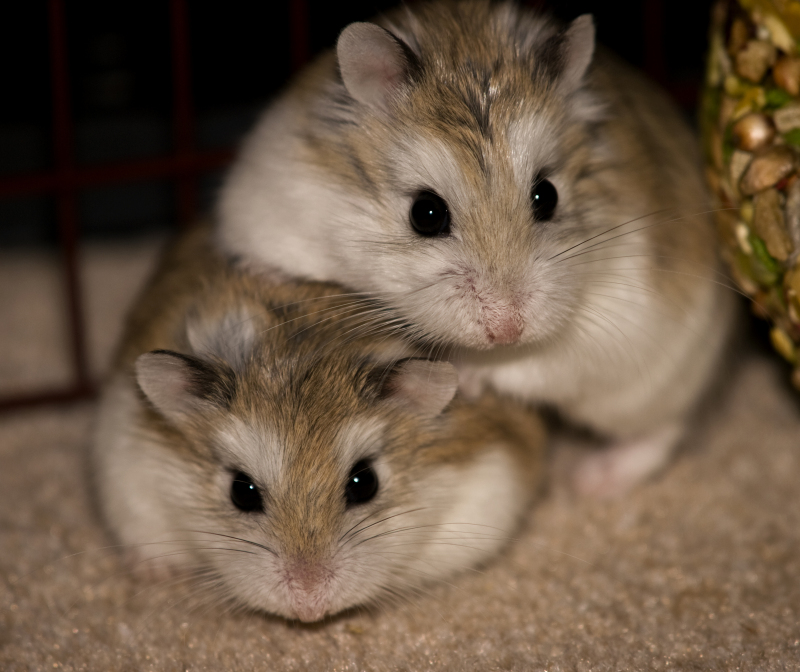 So you’re in the pet store choosing a hamster to take home but you just can’t pick between all the little beady eyes looking up at you. Why not just keep two or three hamsters together?

Unfortunately it’s not always that simple. Not all hamsters are compatible and mixing the wrong breeds could have some pretty bad consequences. Below we’ll cover the types of hamsters that can live together and how to keep multiple hamsters in one cage. 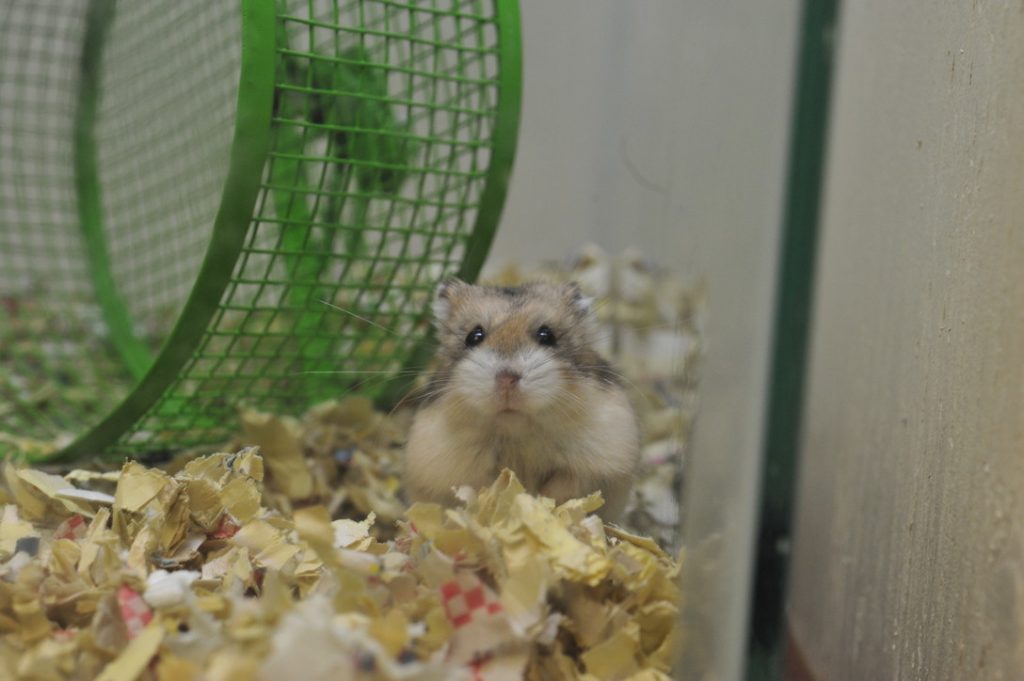 There are four main species of dwarf hamster and they are the Campbell’s dwarf, Winter White, Roborovski and Chinese hamster. The great thing about dwarf hamsters is that all breeds can live happily together when kept in small groups of their own species.

You should avoid keeping groups of mixed dwarf hamster breeds together as this can lead to aggression, territorial behaviour and fighting. For example, one Winter White and one Roborovski is a no no but two Winter Whites will live happily together. Roborovskis are the smallest species of dwarf hamster which is why they are commonly kept in small groups (they take up less space in your cage!).

Can Syrian Hamsters Live Together? 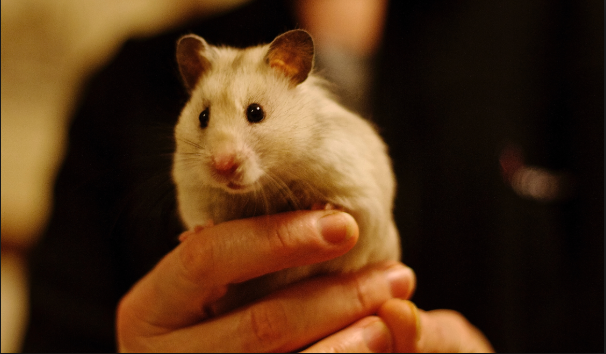 No, Syrians are best kept in their own cage away from other hamsters. Even keeping two Syrians together in the same cage is risky business and can only be successfully achieved while the hamsters are young.

As Syrians reach maturity they become incredibly territorial and will fight with any other hamster that is perceived as a threat. Syrian hamsters should not be kept with dwarf hamsters either.

How To Keep Multiple Dwarf Hamsters

All that being said, dwarf hamsters can be kept together successfully and it’s really entertaining watching a small group of hamsters interact. If you would like to take care of more than one hamster, have a read of the tips below to set your cage up for success.

When dwarf hamsters are introduced together while young, there is a much higher chance that they will live happily together long-term. Hamsters from the same litter are your best bet but not the only option, just make sure both your hamsters are under 4 months old when you introduce them together.

If you’re buying dwarf hamsters from a pet store, only pick the hamsters that are already living together in the same cage. If they’re young and already get along pretty well, you’re good to go!

Bigger is always better when it comes to hamster cages. If you’re planning on keeping multiple dwarf hamsters together, you’re going to need to provide them plenty of space to sleep, exercise and play. We have an in-depth guide on hamster cages so have a read if you’re looking for the best hamster cage.

When keeping multiple hamsters together, you may hear the odd squeak from time to time. Hamsters squeak to communicate with each other and this is perfectly normal (and pretty amusing to watch).

What you should be wary of is very loud squeak sounds or constant squeaks. This could indicate fighting. Dwarf hamsters are usually pretty friendly by nature but if a fight does break it, it won’t end well.

Some dwarf hamsters even like to playfight! They also sometimes squeak to let their cage-mate know they’re being trampled on. All of this can make it pretty hard to distinguish whether your pets are just having fun or if there’s something more serious going on.

If you do start hearing some distressing squeaks, go and see what’s happening. Any signs of fighting should be monitored closely and if you notice injuries – separate the hamsters immediately! 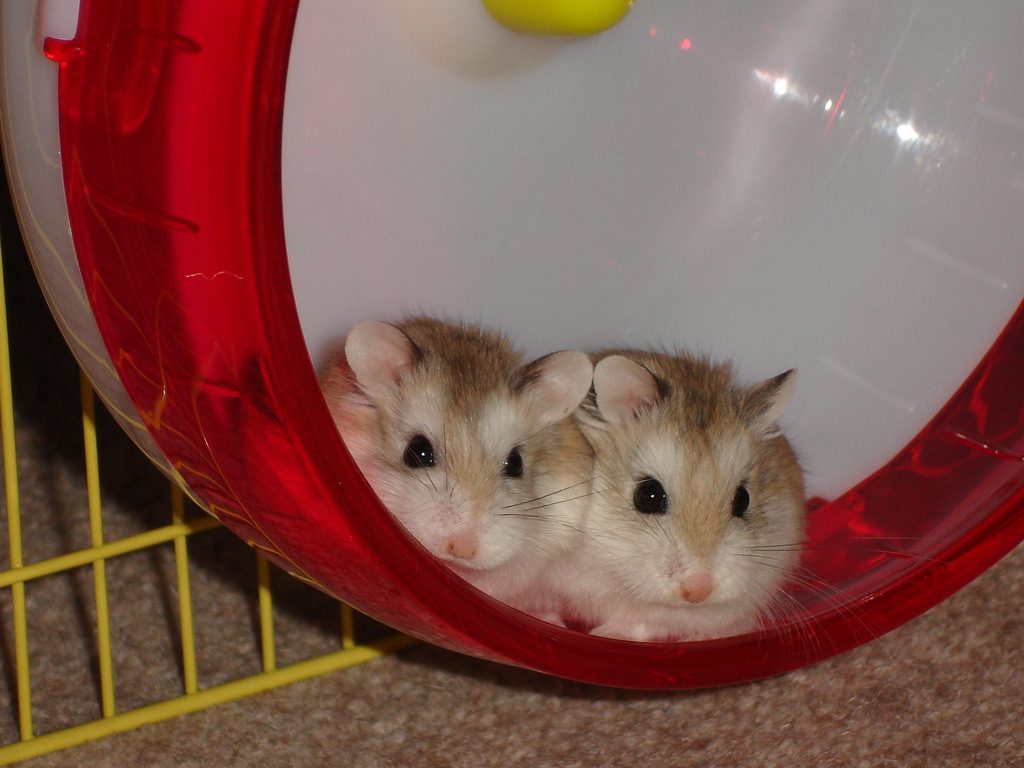 Another great tip for reducing hamster aggression is to fill your hamster cage with two of everything. For example, some hamsters don’t like sharing their food bowl so placing two food bowls in your cage can reduce aggression during meal time.

You can also provide two water bottles, two hamster wheels and multiple nesting areas as a further precaution. This tactic has worked a charm for me when I’ve had to deal with hamster fighting in the past so it’s definitely worth a shot.

(When housing multiple hamsters, I now start with two of everything from the outset!)

Be Prepared To Seperate

Always have a backup plan. There’s nothing worse than keeping two angry hamsters together in the same cage. The best thing you can do is have a backup hamster cage (even if it’s just a cheap cage from Amazon) and keep it tucked away just in case you ever need it.

As soon as violent fights break out or you notice an injury that’s likely to have been caused by hamster warfare, separate them immediately!

Whether you decide to keep just one hamster or a small group, hopefully this article has helped you make a more informed decision. Following the tips above will set you on the best possible path to keeping multiple hamsters together successfully. Get in touch if you have any specific questions you’d like to get answered!